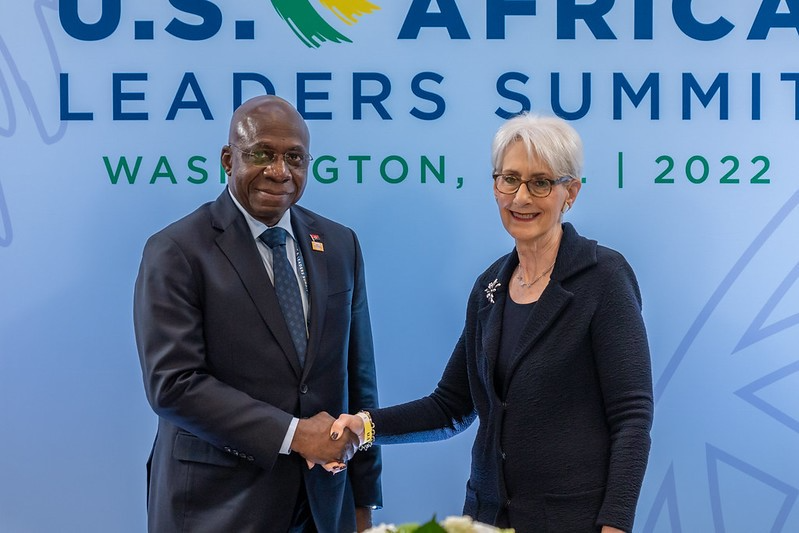 OFFICE OF THE SPOKESPERSON

The following is attributable to Spokesperson Ned Price:

Deputy Secretary of State Wendy Sherman met with Foreign Minister of Angola Tete Antonio yesterday in Washington, D.C. on the margins of the U.S.-Africa Leaders Summit. Deputy Secretary Sherman reiterated the importance the United States places on its relationship with Angola and expressed appreciation for Angola’s role as a regional leader, including its efforts to bring peace to eastern Democratic Republic of the Congo. Deputy Secretary Sherman and Foreign Minister Antonio also discussed their shared priorities for the ongoing U.S-Africa Leaders Summit.