Home Página principal | News & Events | The U.S. Embassy in Luanda celebrates the Pride month with an facebook live Program called “You are Included” 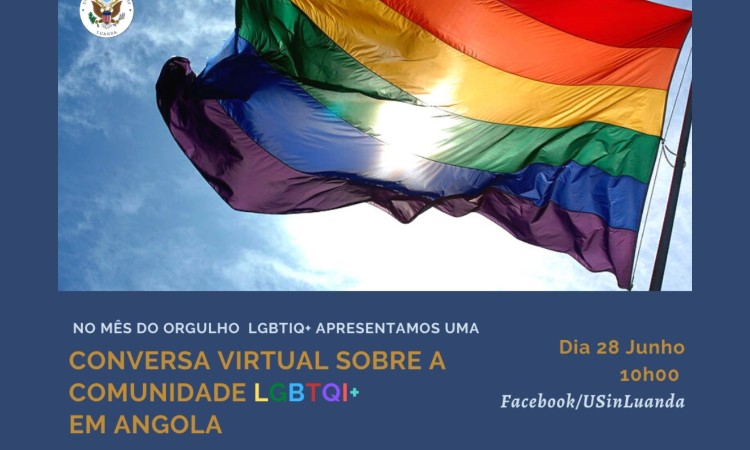 The U.S. Embassy in Luanda celebrates the Pride month with an facebook live Program called “You are Included.” This online event will take place on Monday, June 28, 2021.

The global theme for Pride Month 2021 is “You are Included.” and the U.S. Embassy in Angola  will celebrate this with a Facebook live event featuring Angola LGBTI activists, Immani da Silva, Transgender Activist

The discussion  will be focus on the Introduction and explanation of their organization, if affiliated with one, Their view of the state of LGBTQI+ people in Angola today, What challenges do members of the LGBTQI+ community face in Angola, What health disparities are faced by LGBTQI+ persons due to social stigma and the denial of their human rights, How does Angola’s progress on LGBTQI+ issues compare to neighboring countries and Africa broadly and What reforms would they like to see.