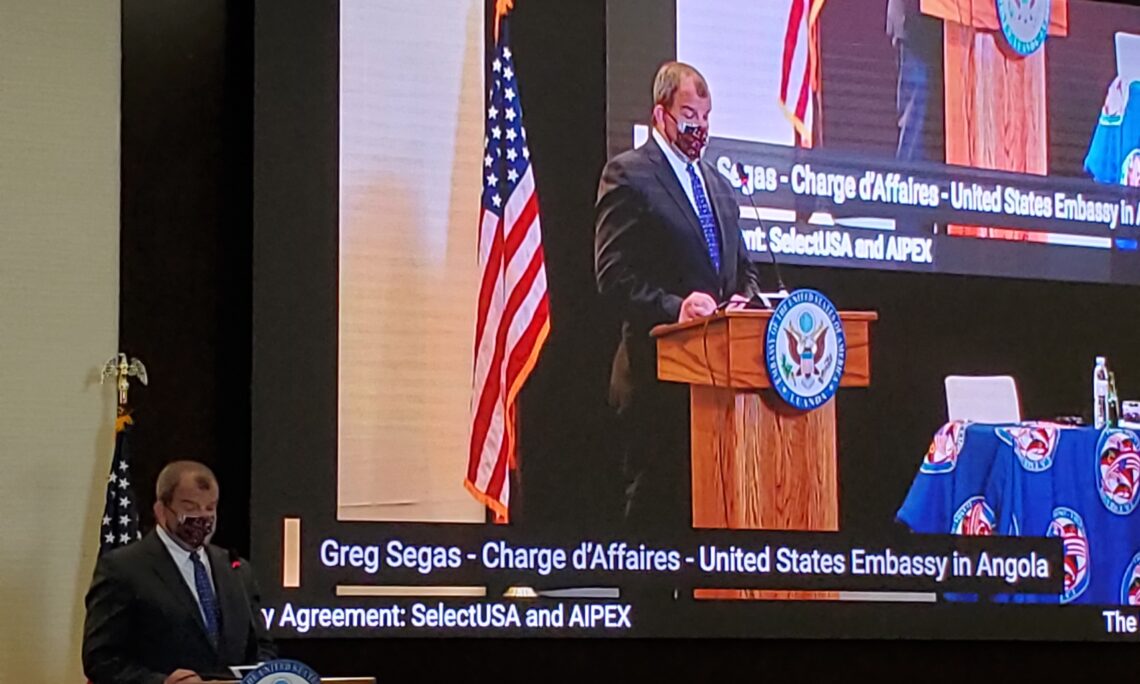 Assistant Secretary of Commerce for Global Markets, Ian Steff who signed the agreement said, “We are delighted to sign this milestone agreement between AIPEX and SelectUSA, which will lay the groundwork for our two countries to create new and more extensive investment opportunities in both the U.S. and Angola”.

The event was co-organized by the AmCham Angola, U.S. Embassy Angola, the Ministry of Industry and Trade and AIPEX with video participation by U.S. Commerce and EXIM Bank officials from Washington D.C. Fifty Angolan government officials and business executives participated in the event in person while it was broadcast live via YouTube to hundreds of viewers. The program also featured the U.S. Export Import Bank, which provided a presentation on how to work with the U.S. export credit agency as part of the U.S. government’s multi-agency coordination to boost bilateral trade and investment.

For more information, contact the Public Affairs Section of the United States Embassy in Luanda through pressluanda@state.gov or Mauro Fonseca at Mauro.Fonseca@trade.gov.