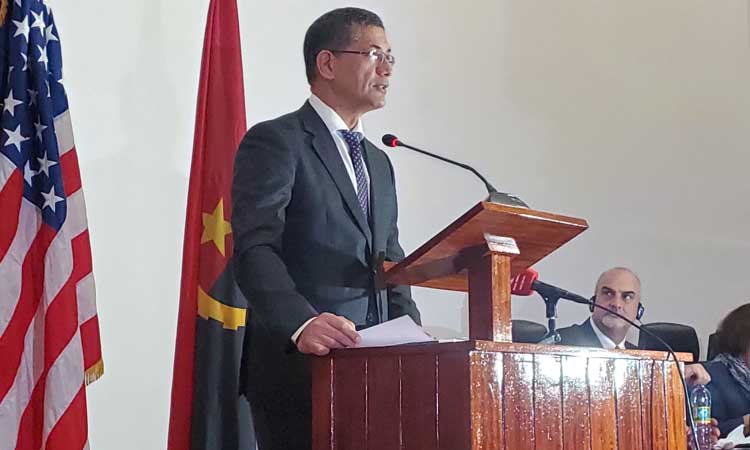 I am pleased to welcome you to this gathering of Angolan government leaders and institutions to share the experience of David Arfin, an expert on renewable energy finance within the growing U.S. renewable energy sector.  Renewable energy is vital to our nation’s energy security.  As noted in President Trump’s National Security Strategy, the United States is focused on providing access to domestic sources of clean, affordable, and reliable energy.  By diversifying our energy sources – which include fossil fuels such as natural gas and petroleum, but also nuclear energy, and renewable energy such as solar and wind – the United States encourages prosperity and builds a foundation for future economic growth.

As Angola considers policies to encourage the use of renewable energy, we applaud Minister Borges and his team for the long collaboration Embassy Luanda has enjoyed on energy with the Ministry of Energy and Water.  The United States continues to be an important energy partner to Angola.  We have worked together through initiatives including our Strategic Energy Dialogue and Power Africa, which saw our U.S. Transaction Advisor work closely with the Ministry to develop programs to increase energy access for all Angolans.  Our cooperation continues with Power Africa 2.0 to help Angola’s utilities meet power generation, transmission, and distribution targets set in the Ministry’s 2022 action plan.

U.S. energy companies are also very engaged in Angola and companies and are committed to overcoming challenges and investing in Angola over the long term.  Our companies will continue to play a pivotal role in Angola’s economy and future growth.  To do so, the right conditions must exist.  In the case of U.S. solar energy, our solar companies have thrived with predicable and transparent business practices, a stable regulatory framework, and access to finance.  These conditions have allowed U.S. solar energy companies to identify opportunities, plan, invest and grow.   Angolan companies and entrepreneurs – the core of Angola’s economic future – can also prosper in such an environment.

Today, we’ll discuss ways to promote more development, trade and investment between the U.S. and Angola in the solar energy field.    Thanks again to the Ministry for hosting this important event and for working together to deepen the energy ties between the United States and Angola.