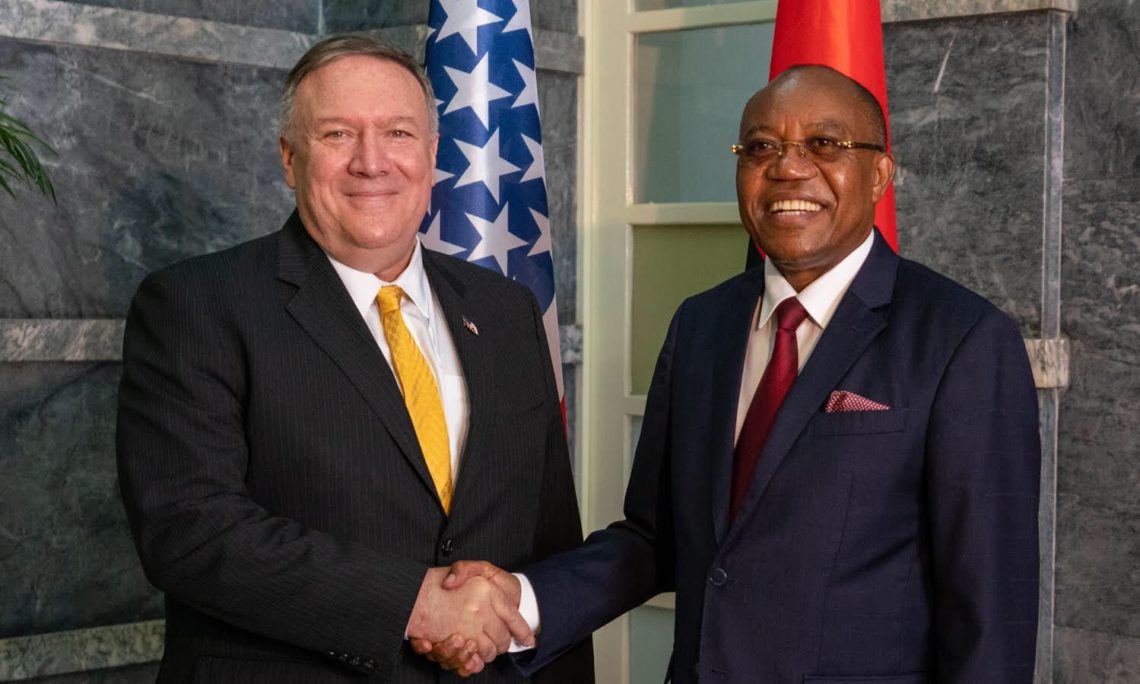 Secretary Pompeo will travel to Angola February 16-17 to meet with government officials, civil society representatives, and the business community to promote increased trade and investment, highlight U.S. support for Angolan political and economic reforms, and emphasize U.S. support for the Angolan people.  The Secretary will also meet with women entrepreneurs and highlight PEPFAR-funded programs designed to reduce mother-to-child HIV transmission.

THE U.S. REAFFIRMS ITS COMMITMENT TO ANGOLA AND THE ANGOLAN PEOPLE AS THEY WORK TO FIGHT CORRUPTION AND PROMOTE DEMOCRACY

THE U.S. AND ANGOLA WORK TOGETHER TO PROMOTE REGIONAL PEACE AND SECURITY