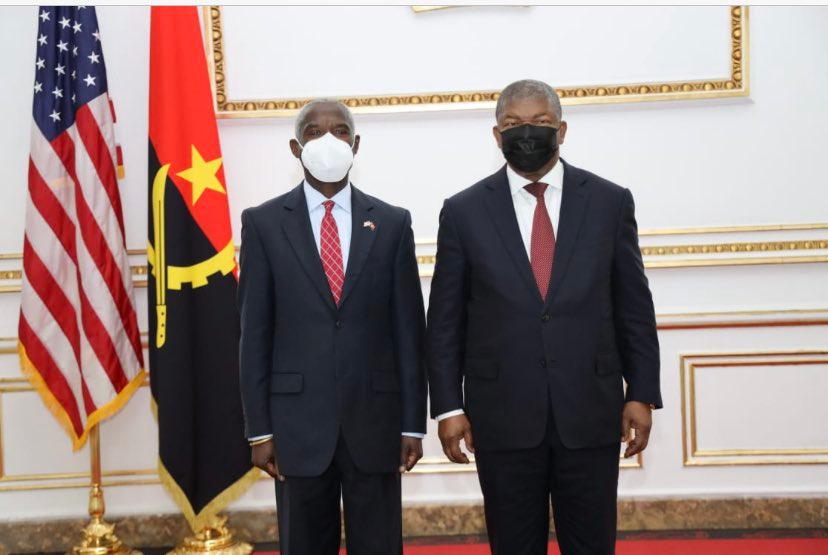 During the ceremony Ambassador Tulinabo S. Mushingi said he is honored to be in Angola as the new Ambassador of the United States of America.

“The United States of America intends to enhance relations with Angola in the areas of security, economics and good governance and to continue to work together on the usual priorities to try to produce results for both peoples”

Tulinabo S. Mushingi, stressed that strengthening cooperation involves ensuring the protection of both peoples against security threats, such as terrorism, but also health threats, such as COVID-19.

“Each American company has some principles that we want the Angolans to know, such as technology transfer, job creation, transparency, but also in the use of local content,” said the diplomat, noting that 16 new American companies plan to enter the Angolan market.

The new ambassador also expressed his country’s interest in supporting the elections held this year in Angola.