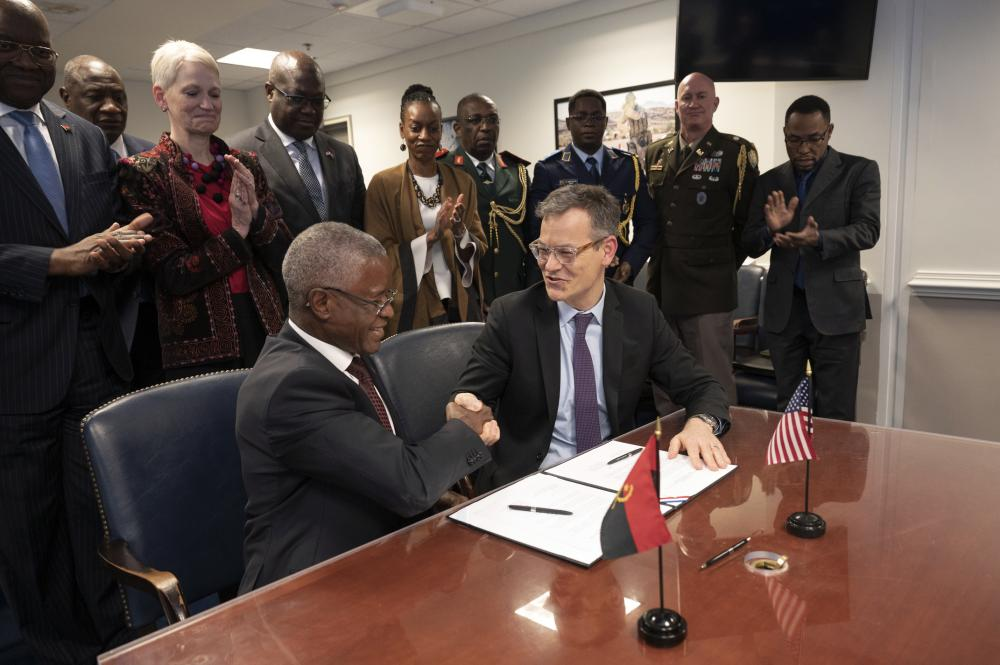 U.S. Under Secretary of Defense for Policy, Dr. Colin Kahl, and Minister of State and Head of the Military House of the President of the Republic of Angola, Francisco Pereira Furtado, met to discuss the United States – Angola defense partnership, April 8, 2022 in the Pentagon.

The talks reaffirmed the two countries’ commitment to strengthening bilateral defense cooperation, building on and commemorating the five-year anniversary of the 2017 Memorandum of Understanding between the U.S. Department of Defense and the Ministry of National Defence of the Republic of Angola.

The two sides intend to seek ways to update the 20 I 7 Memorandum of Understanding and to continue to strengthen their bilateral defense partnership.