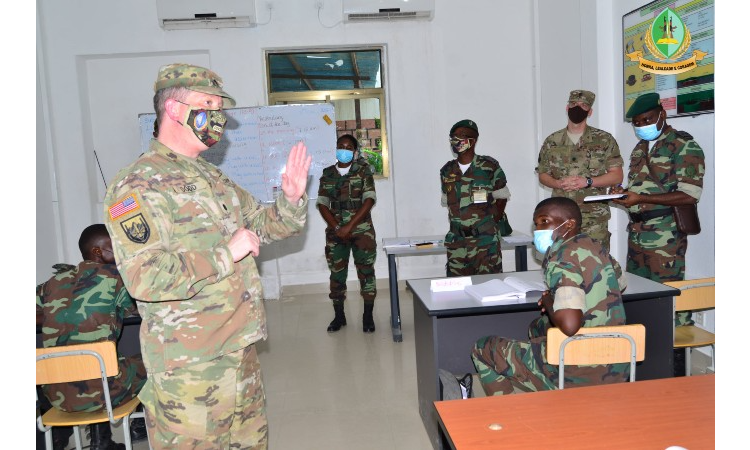 The visit consisted of a bilateral meeting between the two groups, discussing the history and value of the bilateral cooperation between the United States and Angola, a tour of the Angolan Army Academy, including a visit to the library where donations from the U.S. were on display, and a visit to English Language classrooms.  While visiting the library, the delegation was able to see first-hand the textbooks used by military students demonstrating a wide variety of subjects across a range of military and academic subjects.

While visiting the English classrooms, the Angolan cadets had the opportunity to conduct a question-and-answer session with the U.S. Defense Attaché, posing questions about the American military and general military Academy experiences and how it compared to their own.  The tour of the Angola Army Academy culminated with the U.S. Defense Attaché signing the Angolan Army Academy’s Honor Book (LIVRO DE HONRA DA UNIDADE).

This event also marks one of the first official military visits since the beginning of COVID-19 in 2020 and offers a promising return to many bilateral cooperation activities between Angola and the United States.