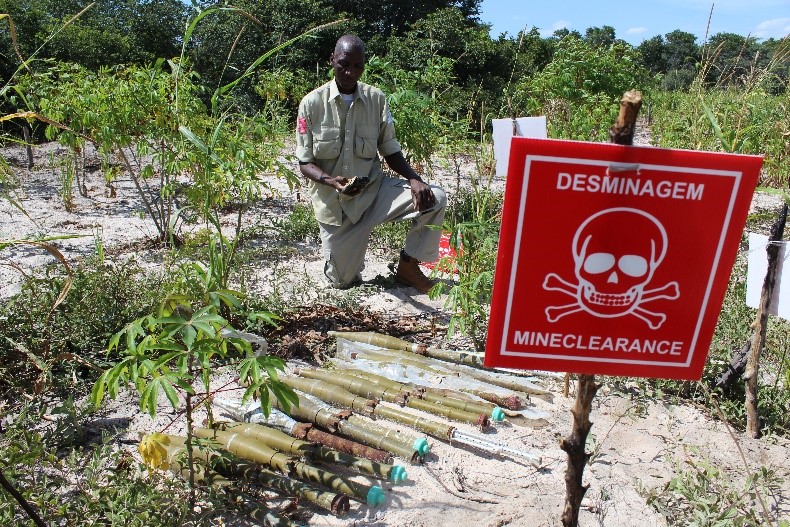 As Ambassador Nina Marie Fite said, “Twenty-five years of committed U.S. support for humanitarian demining has resulted in the destruction of over 218,000 landmines and other explosive hazards and the safe return of over 463 square kilometers of land to the people of Angola.”  The additional investment will build on decades of a close U.S.- Angola partnership and will include:

U.S. assistance has supported humanitarian demining and weapons stockpile management to destroy excess weapons and ammunition, bolster Angola’s role as an exporter of regional security, and ensure the safety of the Angolan people.

U.S. assistance also directly supports the development of economic opportunities by promoting conditions to support economic growth in Angola, including support for ecotourism in the Okavango Delta region, and other investment opportunities.

As the world leader in conventional weapons destruction, the United States has invested more than USD 3.7 billion in over 100 countries since 1993 to advance security, stability, and economic development priorities.  To learn more about the United States’ global conventional weapons destruction efforts, please see our annual report, To Walk the Earth in Safety, and follow us on Twitter @StateDeptPM.

For more information, contact the Public Affairs Section of the United States Embassy in Luanda through pressluanda@state.gov  or call Mr. Manuel Mungongo at 222-641-134 or 923-284-117.